When Intellifluence first launched its Payments platform and the Intellifluence Promise, one of the first features we were asked for was some aspect of variable expirations on pitching to ensure that money didn’t get needlessly tied up for brands if influencers were too slow to respond.

With pitch expiration timeframes added to the process, brands began to see a better velocity of money and influencers started to see more of those pitches as the overall volume of pitches in the system increased since less time was wasted waiting on errant influencers that weren’t responding. Even if we accounted for overall money not increasing in the system, the number of pitches and successful transactions increased.

Related: What should my pitch include?

Naturally, we’re never content where our metrics are at so we pushed further to take more and more friction out of the process to try and make it consistently easier to both pitch and be pitched, so we improved the technology associated with campaign setup and initial batch pitching based on categorical matching. 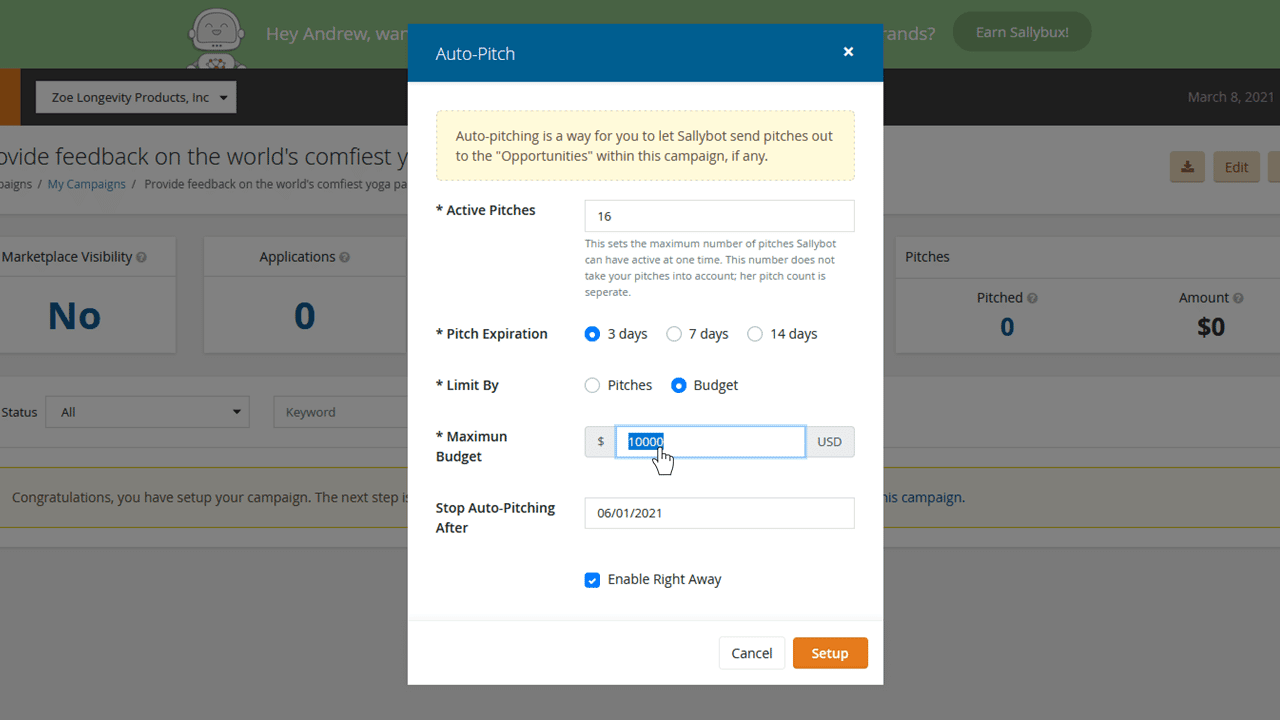 Using the same logic as before to determine appropriate influencers on campaign setup, auto pitching can be calibrated in conjunction with dynamic pitch expiration timelines to work on a waterfall basis and pitch a much larger grouping of influencers based on campaign or account funding constraints. Simply add influencers to your campaign, set the amount of budget to set aside for your campaign, the pitch expiration length, and let it rip! The auto pitching will keep reaching out to your preferred list of influencers until the campaign funds are exhausted, saving you valuable time.

With this automation feature locked down, we can tackle some even more exciting concepts to take your marketing automation processes for influencers to the next level.