If there’s one thing I want to get across to you on this piece it is this: great content cannot exist in a vacuum. When I was Chief of Revenue for CopyPress this was a constant pitch I’d make to organizations that were spending good money creating some really interesting material, but weren’t investing in budget nor process when it came to ensuring that content was seen.

At this point I’m going to assume you have selected a focus, are pushing through the dips while focusing on the quality of your work, have an angle on being-first/in-the-know/the-best, are listening to your audience and working with your niche community. That’s all really necessary. I’m even going to assume that you’re doing at least a little bit of offline networking and working on becoming an authoritative writer, which leads to the next and maybe most important part: promote yourself!

There’s a lot of posts written on inbound marketing, but as Nichole Elizabeth DeMeré explains, it isn’t enough. Granted, she’s discussing the concept from the perspective of SaaS businesses seeking growth, but that’s even more of a reason to pay attention. Putting on my hat of having been in digital marketing for 20 years, most of what I read on inbound marketing is fluff that is meant for Fortune 500s with existing traffic flows — don’t get me wrong, there’s absolutely value in having your channels setup in ways to maximize flow of traffic to make use of it, but inbound DOES NOT exist without external effort. Anyone telling you otherwise is selling something. It reminds me of one of my wife’s favorite movies… 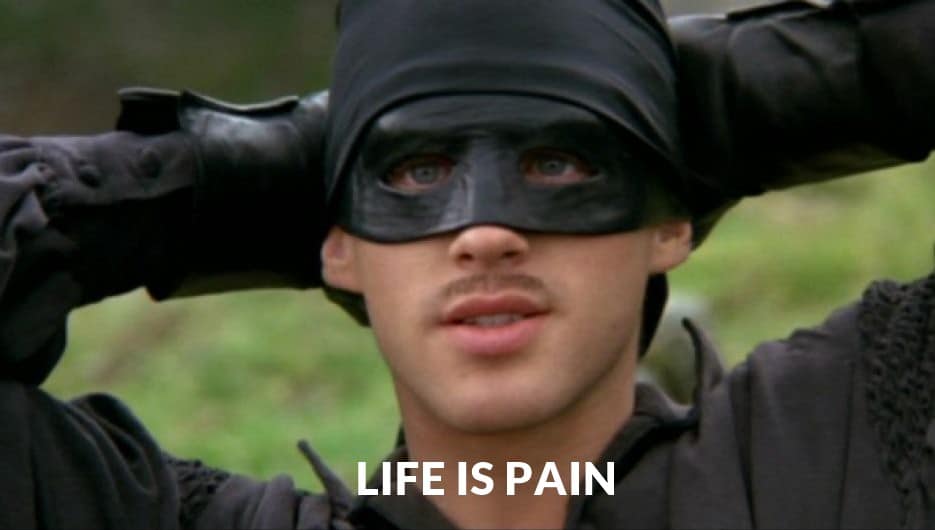 I’m not just using that because being married to me is painful; it probably is. I bring this up to get past the uncomfortable truth that no one will see your masterpiece unless you put in the effort to ensure it is seen. Let’s go through some of the basics; instead of the A B Cs, we’ll head to the SPA to Syndicate. Promote. Amplify.

One of the easiest things you can do is start syndicating your content. Having the brilliant blog post you just wrote auto-tweet out isn’t exactly what I have in mind, though that’s absolutely a step in the right direction. Using a tool like IFTTT (no relation to me), you could do so much more. Yes, not only could you have your blog posts auto-tweet and auto-Facebook post, but then you could have your Instagram channel post an image of the post a day later, then have that post auto-tweeted, then post your blog post on LinkedIn. This is just an example of simple syndication, and is something every aspiring influencer can do. If you have multiple channels, connect them. Professional burrito maker Justin Jackson shares his own very simple syndication, which we’ll touch on a bit later as it is similar to how my approach.

A little bit trickier is complex syndication, because it involves you really working with your niche community and external partners. As an example, some period of time after this post goes live it’ll eventually make its way over to Upwork — here’s one from the influencer marketing series that I wrote for brands. This activity did not magically happen; I’ve been working with the Upwork team for several years on a variety of projects, so when the opportunity came up to getting my content syndicated to them, I jumped on it. Complex syndication is one way that the best influencers can separate themselves from the pack; this is also where you can be rather creative in terms of where the syndication takes place.

Here’s what will happen after this post goes live, just as far as syndication is concerned.

Of those steps on our straightforward syndication process, only step #12 might be difficult for you to copy, but even still I bet you could. If we pushed harder could we contribute more into various search engine and marketing publications? Yes, and here’s the awesome part of this bit — you can always layer on syndication later. For instance, after I turn this 9 month writing experiment into a book, it’ll make even more sense for us to drip out syndicated articles through those channels, with a link to the book. Complex syndication isn’t used enough to capture audiences.

Syndication slips into promotion; the way I’m defining them, syndication is more of an initial process and promotion is a follow-on activity. So what do I mean then by promotion?

Outreach is one such method. Jay does this with bloggers to both promote existing content as well as to build links (which of course has direct traffic and search benefits). Outreach is not easy; you know this because we wrote about outreach already.

Another method is what I’d probably call syndication++ (nerd joke). James Carbary covers it on his post for promoting content like a boss wherein you aren’t just syndicating your content but instead are repeatedly doing so with In Case You Missed It (ICYMI) styled posts. The reason this should be part of your toolkit is because not only is it easy to setup and schedule at defined intervals, but because you can’t predict when your audiences are going to be both in front of your material AND in the right mindset to engage with it, it allows you to get multiple chances.

The next step from simple promotion is what some of us refer to as amplification; some brands using Intellifluence use it primarily for amplification purposes. Who knew! I think Warren Knight would approve, as using thought leaders and industry influencers is part of his amplification process as well.

I’d like to save some keystrokes here because amplification to me leads to discussing compulsion marketing, which might be a bit heavy for a single influencer’s purpose. If you’re really into learning about that, you can read about brand amplification here.

If you didn’t click through to read the more in-depth compulsion marketing concepts, let’s cover some basics that make more sense for the indie influencer:

There you have it. After a hard week of creating some stellar content, treat yourself to a SPA day to setup your syndication, promotion, and amplification processes.