The Importance of Influencer Resilience

Welcome to article 5 of this 15 part series on how to become a top tier influencer. While this is a bit more of a standalone piece than some of the others, it would still be useful to read the following:

The nature of this specific piece is designed to be something for you to read periodically when you are filled with self-doubt, when despite your efforts things don’t seem to be going right. 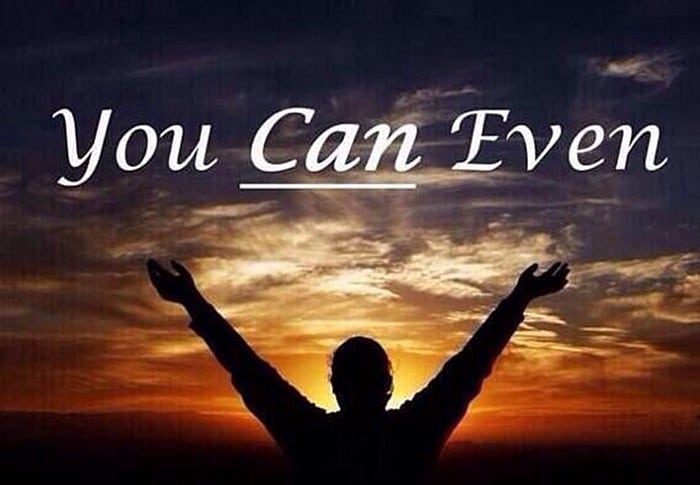 Gigantic audiences on well-established platforms don’t happen overnight. Building up the audience that you envision for yourself will take immense grit and perseverance to get through the dip that usually follows early growth. Let’s be clear and realistic though; that dip is not the only dip you are going to encounter in this journey that you’re on to becoming a full-time ultra-high-paid influencer.

There is no plateau; you have to keep moving. Think of the dips as a pause that follows early growth and precedes a more sustained and stronger growth. Andy Drish has a really good look into this phenomenon that he discovered after he made it through the dip on his own business. He recognized that there wasn’t a stopping point, a coasting on the beach plateau that he initially assumed there’d be after making it through the first dip. Instead, he found that one should expect a series of dips to occur over time and that by meeting those adversities intelligently one could overcome through refocus and reinvention.

Since I may have just played the role of Debbie Downer, I’ll try to give you some motivation in the form of charts. Everyone starts somewhere and has to growth. Want proof? We’re going to dive into some data sourced by the fantastic tool, Social Blade (no relation to us, just a good tool).

You know Megan Fox? She’s done a few movies. Well, did you know that her starting point on Instagram isn’t a whole lot different than yours right now? Granted, her growth and popularity is a reflection of her offline activities, but this is meant to show you just how much growth there can be… Zero to 400k in a little over a year. If she took Instagram as seriously as the last person in this exercise, she’d be 10x that.

Next we have the graphs for Smosh on YouTube; they provide a really interesting look at the various dips. Don’t just look at the overall subscribers gained over time; look at average daily views and views per month — yes these are measured in millions, but they are spikey. Do you think his channel isn’t constantly analyzing why it loses a million+ views in a given month? How much tweaking and reinvention has the channel undergone over the past couple of years to reach the success it currently enjoys? 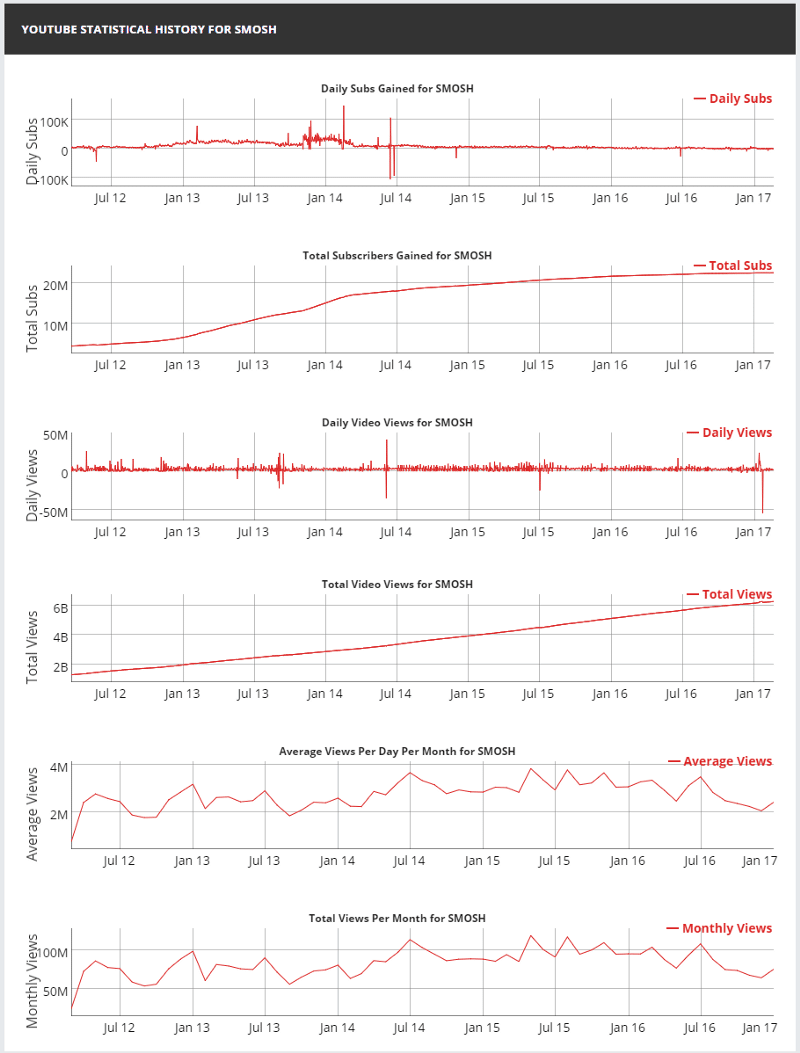 And then there’s Kylie Jenner.

Ok, ok. This one may seem unfair because it shows the Kylie had ~10M Instagram followers in 2014 and over 90M now. Which, let’s say altogether is i-n-s-a-n-e. This is actually more an example of what happens after making it through all the various dips — success can build upon itself at those upper levels, and the Kardashian/Jenner family absolutely treats social like a business… A very lucrative business. She is unbelievably focused on constantly pushing to appeal to her audience and grow that audience, which is why her rates are several hundred thousand dollars minimum per campaign.

So how do you get from where you are to where they are? In an earlier piece we referenced that on the path to becoming an expert one should expect to spend a significant amount of time — Malcom Gladwell refers to this as the 10,000 hour to expertise approach. Obviously, if you’re doing 1 hour a day of influencer reviews that’d be a couple decades required to reach expertise.

Ain’t nobody got time for that.

However, there’s another way to approach, brought to us by Jon Collins. His theory is intriguing in that it takes 400 hours to become ‘not half bad’ at an activity. What Jon did here is combine the Pareto principle, otherwise known as the 80/20 rule, with Malcom’s 10,000 hours guidance. This is actually pretty important as an explanation because it shows that success is not binary: the more reviews you do, so long as you’re willing to learn from your experiences in doing them, the more proficient you’ll become. You’ll see your competence and perceived value increase somewhat steadily till it increases exponentially when you reach expert status.

It wouldn’t be a motivational post if I didn’t share my own experiences. I have been involved in digital marketing (emphasis on search and now influencer marketing) since 1997; however, it wasn’t until 2003 that I was recognized in any real capacity as being something of an expert. Once I was seen as an expert it was crazy because my opportunities exploded, and as I’ve detailed on Steve Campbell’s Ascent channel, it’s resulted in an income I might not thought possible when I first started down this path. I’m not immune to my own dips — for instance, I still receive emails from people calling expertise into question, not understanding the parallels between search, social, paid advertising, and now influence. To overcome those questions I need to keep creating useful information, be referenced by other experts as a fellow expert, and most importantly…continue to put in the time required to maintain my expertise in the niche.

Get Back to Your Journey

The break is over. It’s time to get back to work. Keep pushing. If you are true to your focus and continue to provide a positive experience on the brands you connect with, your audience and your opportunities will improve like mine did.