Which Social Channel Will Bring Sales for Your Business?

Welcome to article #5 of the 14 part series on influencer marketing. So far we have discussed:

The next logical step in the process is to discuss channel selection and provide some case studies as examples. Knowing who you’re targeting and what your goals are, it is now important to understand where to focus, based on your specific needs. Not all social channels are created equal and not all will be effective for all types of businesses, so let’s dive in.

The following channels are currently available for matching influencers and brands at Intellifluence; for the purposes of this post we excluded Amazon since it is a special case. This is not meant to be a comprehensive list of every social network’s usefulness, largely because it becomes a slippery slope of inclusion and what might be a 2,000 word post would become 20,000 trying to include all the various clones and limited audience networks that exist.

For simple definitions, the columns represent a surface ‘yes’ or ‘no’ on the following questions:

Understanding our take on the various social networks we work with at Intellifluence, let’s put this selection into practice with some mini case studies on campaign building that you can use as examples after you sign up and want to start selling more over social.

Before we can determine which channels to target, it is important to build a buyer persona. As a quick and dirty way of doing this, I pulled up the Antavo Loyalty twitter account and started dissecting its followers. Note that Antavo bills itself as loyalty marketing software for eCommerce companies to build reward programs, so I decided to find followers that fit the criteria. Interestingly, while I fully expected to find a plethora of eCom companies, what I found more interesting is the number of eCom consultants. Perfect.

What could Antavo do with this data? Could it build a campaign that works? Their product is complex with a long sales process and caters to professionals.

Thankfully, this is going to be very easy for Antavo. Pulling up LinkedIn Sales Navigator, I plugged in some ecom and analyst filters to see that with some effort, 20,000+ individuals could be targeted. 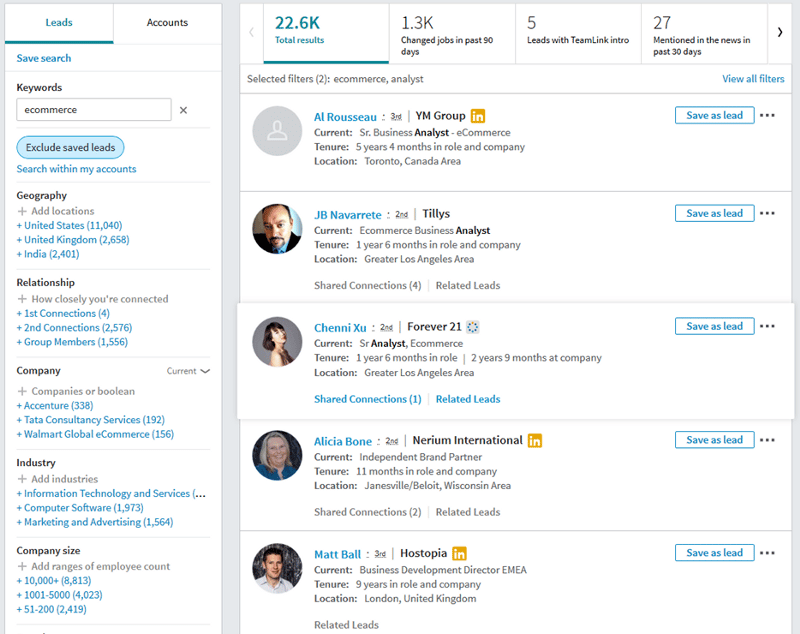 Step 2: What do these peers want?

Prestige and value. One significant value add that I can see for this process would be to build out a multi-channel campaign that plays to the egos of the buyer persona, and then use that to attract more peers.

For the purposes of this sample, I would use blogs, LinkedIn, and Twitter, in the following way…

1. Outreach to provide a discount on the Antavo service for those that sign up via the chosen sample reviewer (ecom consultant), in exchange for a comprehensive blog post on the reviewer’s blog.

3. Reviewer then tweets a link to the review post.

4. Antavo conducts an interview with the review for the Antavo blog.

6. Antavo takes the 10 interviews generated and creates an ebook download on “10 out of 10 eCom consultants can’t be wrong” which is made available for the price of an email address.

9. Antavo sales team aggressively targets the rest of the list via LinkedIn, sending the ebook out for social proof.

Such campaigns are not easy, but having spent the majority of my career in digital B2B, I can attest to the process yielding dividends.

HubSpot makes for an interesting case because they have so many different products all throughout the small/medium sized business market. In some ways this makes life more difficult because one needs to focus on a specific buyer persona when building out the campaign idea. Looking at the HubSpot Twitter account, it is too noisy — some are fans, some are following to learn, some are industry players. It is still doable, but to show another way to do this, we can look into area user groups on LinkedIn.

Peeking behind the group curtain we find a large number of “inbound marketing” titles, many of which are mid-career (manager through director) but once again, the prevalent buyer persona being built by sorting through the list is not that of end-users, but instead of consultants. If we were to go through this channel, the channel selection would end up being similar to that of Antavo, so we’re going to pick a secondary buyer persona, one of end users for the inbound sales platform.

According to LinkedIn Sales Navigator, this is an even more impressive list, and one I currently have saved for future sales purposes. Nearly 66,000 individuals that don’t mention HubSpot that are possible buyers.

While prestige and ego bait are nearly universal in practice, to provide an alternative angle of approach we can take the strict review path and offer an incentive by providing compensated Pro accounts.

Similar to B2B Enterprise, we are looking at blog, LinkedIn, and Twitter as the primary channels. For a wrinkle, I’ll throw in YouTube.

The difficulty in building out a campaign for HubSpot is they already eat and breathe this type of campaign. Given they have such a large organization and can focus, I think it’d be interesting to see how effective it would be to run such a campaign on a continual basis, choosing 100 e-com managers per month, resulting in a constant influx of links, honest reviews, and video assets which would be difficult for competitors to match in intensity.

How can I do this case study without getting in trouble? For those of you not familiar with Tinder, the year is 2016 and it is heavily used casual dating app. What makes it an intriguing case study is that it is not often something one expects to see throughout social feeds. There are quite a few buyer personas one could create based on the data Brian likely has on usage, but for simplicity we’ll focus on areas where social proof is the most effective.

Gender: Male
Age: 18–30
Other: not currently a tinder boost user

Since we’re no longer dealing with a professional focus, we can leave LinkedIn out of the equation; for fun we can use Instagram and look for snipe competitors at the same time by pulling followers of accounts like eHarmony.

Do I have to really answer this question? The peers want butterflies, rainbows, and sunshine. Also, a date. In order to satisfy the primary demand, a month of ‘Boost’ for free would elicit the expected response.

For our purposes, let’s stick with Instagram. I can conceive of how to make this work on Twitter and Facebook as well, but I think a visual story will say everything necessary.

Believe it or not, this is probably sufficient. As discussed in previous posts, the peer influence among other males ages 18–30 that see how quickly a potentially lonely evening was turned into a date is quite strong; the point is not so much to engage and interact on behalf of Tinder, but to allow the outcome of the product to speak for itself. 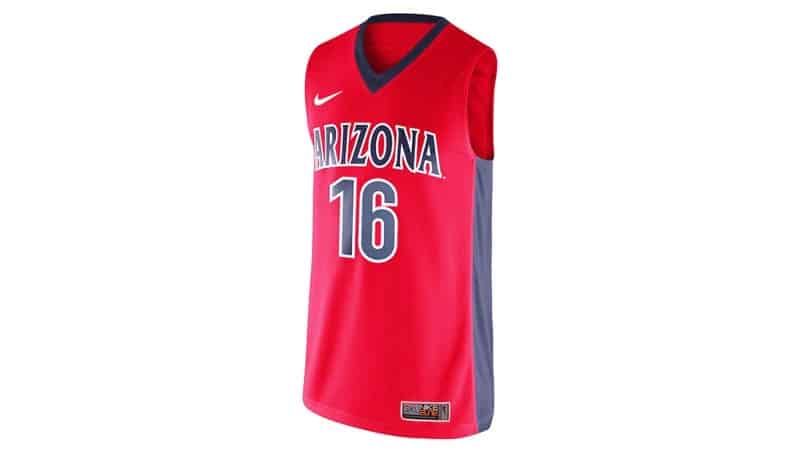 We’ve spoken about Fanatics before in another post, referencing Yankees and Cubs, but this maker of all entertainment apparel could use with one more case study. They do have different buyer personas that skew towards either fashion choices or fan choices, but in this case, it is time for something special.

There are numerous ways to find this peer group, but one easy way would be consume Twitter hashtag usage looking for super fans. Another great method would be to hunt on Facebook Groups for [college + sport] combinations and interacting with the various communities found therein.

1. Outreach to a certain overweight guy in Arizona that loves UofA basketball.

2. Reviewer is sent a jersey.

4. Review posted to natively to each platform, edited down for Instagram stories.

6. Celebrities will most likely share on their own volition; Fanatics can share on their channels, continuing on with their impressive super fan series. On each share, tie-in buttons created to purchase specific apparel used directly from the Fanatics store.

No matter whether B2B or B2C, it is possible to include influence as part of the overall campaign and have it work; the biggest consideration needs to be consistency of channel usage that best fits the constraints of the chosen buyer persona.