Post-Mortem: Why We Test

You have reached the end of the Internet, otherwise known as article 14 of this 14 part series. Appropriately, it seemed like a good time to raise the subject of performing post-mortem analysis on your campaigns. Presumably to get to this point you started with a goal, picked a buyer persona to target, decided on an influencer type to match your preferred social network, identified the influencer from that filtering, pitched that influencer, maybe negotiated a bit, and now you need to ask yourself the big question: how did it go?

What is a Post-Mortem?

The medical definition of a post-mortem is the autopsy used to determine a cause of death. The marketing world’s use of the phrase isn’t quite as morbid; it is actually closer to military after action reports, which are a retrospective analysis on the goal, the process taken, and the conclusion. The goal, in essence, is to determine why goals were or were not met.

How to Perform a Successful Post-Mortem?

The following process can, and should be, performed after every marketing campaign. Testing and evaluating those tests are the best way to move from a novice to an intermediate and ultimately to an advanced practitioner. In some ways, this could be the first post of this series because you must have an eye to the conclusion of a campaign at its onset.

Take notes — if you don’t have notes on the overall process, you’ll be going by memory and may miss some critical missteps like when IT took 5 days to setup a retargeting pixel and then finance extended your approval period to pay an influencer $50 in addition to offering product, which resulted in the influencer assuming you weren’t serious. It isn’t about note taking for assigning blame, you need to have objective data points to discuss.

Team meeting — include all the stakeholder on your campaign, not just marketing; were there elements that involved the IT department or dev ops for deploying unique coupons and setting retargeting pixels? If someone was involved, include them, sending an email outline to the types of questions that need to be covered in order to focus on continual improvement of the entire campaign process.

Discuss the data — share the data on what was spent, internal labor used, and the goal completion, plus any unexpected benefits. Keep emotions out of this process and do not assign blame; the important matter is to show timelines for the campaign, resources used, and the results. It isn’t enough to focus just on revenue and expenses, traffic, shares, or whatever your goal metric was. There could be other questions that arise from the data that merit discussion:

Listen to other learnings — if other teams are undertaking their own form of post-mortem reporting, aggregate those reports and draw from them to find parallels to your campaign. This is an opportunity to knowledge share and use that to identify organizational problems affecting more than just your campaign; addressing those problems will help all teams.

Stick to your agenda — it is vital that your agenda questions are adhered to and not go off-track; this isn’t the time to vent, turn into a HR meeting about why Jim in engineering doesn’t pull his weight… Dammit Jim. 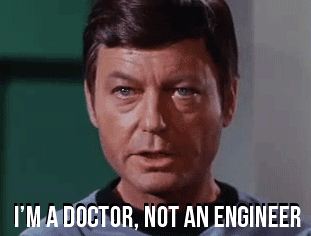 Future questions (i.e. why we’re bothering to go through this sometimes painful process):

Remember, the post-mortem won’t work if it isn’t taken seriously and the agenda followed — even if you manage to make seemingly minor process improvements, the outsized outcome as you scale on influencer marketing could be enormous. If you manage to learn from both your failures and successes, you’ll be that much better on your next campaign. If you haven’t started a campaign yet, there’s no better time than now.